Finally I found a GTI!

par SRDTURBO
Souds good for me but with 60nm not 50, not so important anyway.
Before reusing a head bolt you must check the length, and as a broken head bolt means a lot of fun you better use new bolts (or as good as new) and no "almost out of spec" bolts.

par missa91
I didnt want to chance it this time around. New gasket and bolts. I applied paint on the gasket and head and rightened it to 150nm in 5 stages. Will follow up with pics as soon as i can.

par SRDTURBO
Paint? You mean sealant.
With 150 N.m maybe you will have problems: the Peugeot Talbot Sport torque rating was just 8m.kg with "suif" on the thread an under the bolt head ; the "suif" is sheep grease, yes the animal. A torque rating doesn't mean much without the correct lubricant as a "dry" torque put way less clamping force than the same torque with a good lubricant. In fact for get rid of this problem Peugeot and others used the angular tightening.

Use "suif" and nothing else.

par missa91
Guys we have a BIG problem!

I've been really busy at work and been traveling a lot for work in the GTI. It's now done 30kkm since december and yesterday gave out. It started as stuttering, as it were a ignition problem, but on further inspection it was mechanical. Loud banging noise from the drive train when accelerating. When I say loud, I mean really LOUD! As the engine is going to fall to the ground loud.

I thought maybe one of the inner joints on the CV axles was broken but what a surprise when I tried to turn the left wheel by hand. The left front side was raised and the transmission was put to N. The wheel spins then stops. Like you blocked something in the differential.

I'm suspecting the differential of falling apart. So I want to ask is there a way to remove the diff and not take the transmission out?

I have a transmission from a TU3 5 speed. Could it be that I can use that diff?

Thanks a lot in advance!

par SRDTURBO
You can take the diff out with the gearbox on but not sure about the cradle. You must use a BE gearbox diff, also the ones on the 605, others big cars and the 1.9 turbo diesel, HDI or 2.0 16v 155/167hp are bigger and stronger but one drive shaft will need to be slightly shortened on the splines that fit on the diff.
And most important you absolutely need to unbolt your old crown and put it on the new diff. If the crown is damaged you will need to open the gearbox to change the crown and the shaft.

par missa91
Its been a looooong while since I last wrote. So to conclude the previous problem. I broke the small planetary gears in the differential. Going to my parts bin there was a gearbox from a 1.3 Simca. It was a BE1/5. I took the Differential out and didn't replace the whole crown but only managed to fit the two small broken gears. It was tight and difficult on the fingers but didn't remove the transmission for the job.

You guys told me it's possible and THANKS a LOT!!! You saved me 5 hours of work. 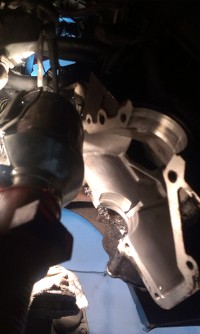 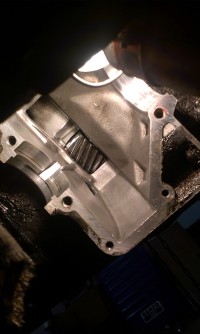 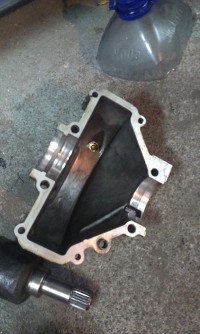 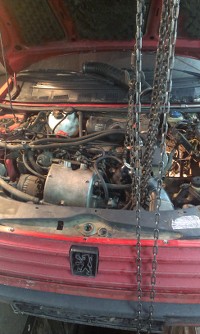 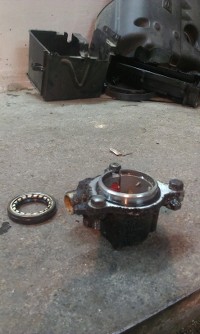 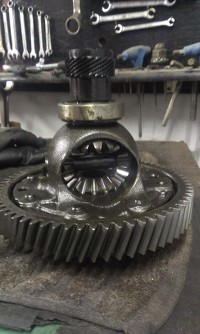